Protecting the scientific investigation from plagiarism

Why a scientific investigation is important

I genuinely believe in that last statement but feel that too often students are set tasks are not open ended enough for students to be empowered by individual ownership due to repetition within the class or, worse, around the world with those experimental standards (for example the classic resistance of the wire experiment).  One reason for this is that teachers are afraid to set tasks that they do not completely understand so to protect their position as the revered holder of all knowledge, rather than acknowledging their shared role as a life long learner.

My favourite recent scientific investigation for a year 11 class involved the research into factors that affects the function of a simple voltaic cell.  The features which make this a suitable task are:

3) I could not predict all the results found so felt that I became an involved learner with my students.

4) Even when some of my more able students dug up the Nernst Equation it became obvious that the ranges of concentration were not specified so often led to some delightfully (more for me than the students) contradictory results.

4) Some investigations can lead to null results, where values do not change.  This provides a great reminder to students that sometimes things are not dependent (which is seemingly trained out of students by teachers with the insecurities earlier mentioned) 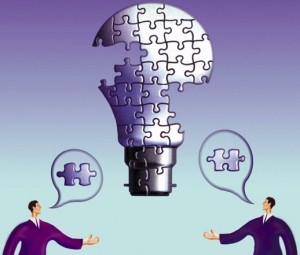 Students need to recognise that every scientific investigation write-up should build upon the last.  Especially, when there is access to a digital version in the class due to a one-to-one program, the previous investigation, including the teacher’s comments, makes a great starting point as it best highlights the students’ strengths and weaknesses.

For this to work a school should insure that the expectations for a scientific investigation are consistent across all teachers throughout a year group.  I know every teacher has their own quirks when it comes to a write-up so bringing a year group team together to discuss this is vital.  Furthermore these pieces should fit together as a natural progression from year to year, which requires a department to consider all of these collectively.  For example my own year 7 template introduces and scaffolds al l the required sections, whilst the year 11 support material is no longer a template and is more detailed but does represent the same core sections with language continuity.

Helping each student develop their own glossary of useful terms for each section of a scientific investigation write-up is also a useful tool.  For instance sentences which correctly describe different graphical trends could be built up in a data analysis section.

Academic honesty issues can be avoided if the teacher is constantly aware of what the student has produced at each stage – which is briefly explained below.

Students should be provided the equipment to familiarise themselves with the investigation and related the equipment to help spark a question from which to develop a one sentence aim.   A one paragraph hypothesis should explain what they expect to happen and why.  A table showing the type of variable (independent, dependent and fixed) and how they are changed measured or controlled.

The results should be gathered and the method refined to reflect what the student actually does.

4) Data analysis (often including a graph)

An analysis of the results – often a graph and an explanation of what trends have been identified.

The identification of issues which arose during the investigation and the related improvements.

This is all made even easier when each stage is reviewed by the teacher using a tool such as turnitin.com for each stage to be turned in and this should highlight the similarities between earlier stages and the final piece of work.

By producing an explicit timeline for the stages described above it helps students manage their time more effectively and models the teacher expectations – so trying to eliminate the ill-conceived student developed plan of completing a scientific investigation write-up in one, often late night and last minute, attempt.

At best a hypothesis should reflect the students understanding at a point in time which guide their predictions.  It does not have to be based on the latest related academic studies but a student’s articulation of prior knowledge and therefore for a teacher provides a tremendous insight.  By making this clear it alleviates a convoluted hypothesis which has been designed to best fit the conclusions scientific explanation.

It is expected that a conclusion should contain a scientific explanation and that should be based on what others have identified.  For this reason it is vital that students understand that they need to identify their sources using a school wide consistent method e.g. MLA format referencing.

The rules to protect scientific investigations from academic honesty issues:

Rule 1: The teacher must design a suitably open-ended investigation with enough variety for all students to have individual ownership.

Rule 2: Every investigation should emphasize the embedded building blocks for which the student to improve their own skills, and grades.

Rule 3: Teacher must be aware of all stages of the investigation to make it easier to identify work which is not that of a student but also to provide support at the relevant time.

Rule 4: We are all standing on the shoulders of giants and identifying where the key scientific concepts located in the conclusion come is best done by including a bibliography (and if possible in-text referencing).

People fear close analysis of their student’s results because of concerns of what it could reveal about them as teachers.  This fear can stop analysis which could provide a fascinating insight into student learning.   For this reason it is great that one group of teachers have allowed me to analyse the results of common assessment tasks for a whole year group across a whole year of learning using IBO MYP Science. The questions I intend to provide data driven answers are:

1)      Is one type of science more difficult to succeed in than another?

2)      Are all assessment tasks of a certain criteria of equal difficulty?

I ask the first question because in theory the criteria referenced system used by the MYP for science is for five of the six criteria used related only to general science skills.  So only has one of six criteria, Criteria C – Knowledge and understanding, would provide an opportunity for any divergence.   An appreciation of this could help teachers provide alternative or extended teaching to reach certain aspects of understanding and re-address any imbalance.

The answer to the second question should help teachers identify which assessment tasks need to be reviewed to improve alignment.

I ask the final question because I want some data driven evidence, and not the reactionary gut instinct that too often drives change, as to if having specialist teaching their own units only is beneficial or if the rewards of a skills based generalist are greater.

Is one type of science more difficult to succeed in than another?

Hypothesis: Physics is the most difficult followed by Chemistry and then Biology based on numbers of students who select these units for Diploma studies.

Method: Compare the overall average level for all assessments with those gained just in each science

For all assessment tasks this value is ±0.07

So subject areas from easiest to mist difficult are Physics, Biology and finally Chemistry.  These results stand surprisingly against popular belief and against the numbers reflected in IB Diploma selection.  Both Physics and Biology stand outside the standard deviation of the average indicating changes need to be made.

Evaluation of the assessment tasks is obviously ongoing but it should be noted the assessment task with the lowest average value was related to biology and has already been dramatically modified to reflect the teacher’s opinions.  This should bring up both the biology average and the overall average up.   There is also continued work in developing the chemistry assessment requirements.

Are all assessment tasks of a certain criteria but in different units of equal difficulty?

Hypothesis: The collective teaching experience would identify assessment tasks which where inconsistent with the criteria requirements causing students to under or over perform in excess of one level.

Method: Compare the overall average level for all pupils of each criterion (and within that each subject) to ensure that all the assessment tasks lie within one level.

The maximum and minimum levels all lie within 0.5 of a level of the criteria average.

The agreement between assessment tasks within each criterion is within an acceptable range.

Hypothesis: Criteria referenced method of assessment is transparent and skills based and therefore results will not be aligned with a teachers specialist area.

Method: Compare the change between the overall average of students for each teacher across all criterion and those of each science topic taught.

Analysis: The only specialist that improved beyond their overall class averages standard deviation was the Physics specialist yet this was not the largest change for that subject further indicating a lack of alignment between specialist and class performance.  The greatest change occurred in the chemistry units which had already been identified as the most difficult to succeed in – so this further confirms that point.

As predicted in the hypothesis the criteria referenced assessment system means that a specialist teacher is not shown to have a significant impact on the performance of students in that class.  Considering the spoken opinions of less able students against Physics it is interesting that the class with the lowest initial average had the greatest boost whilst studying that subject.